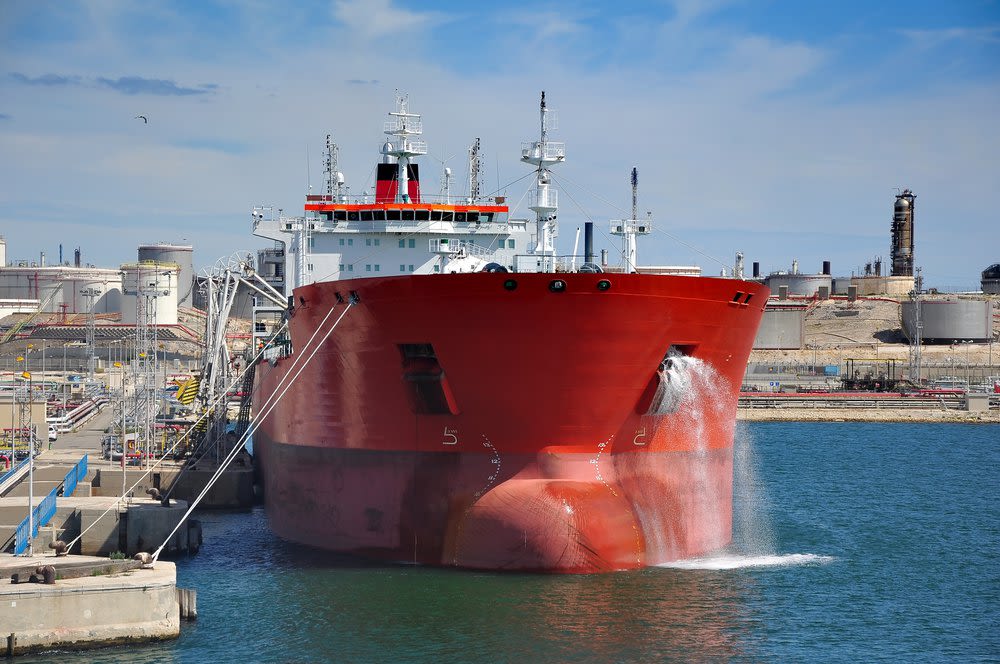 A closely divided Washington Supreme Court decided that the Port of Vancouver USA crude-by-rail oil terminal lease complies with the State Environmental Policy Act (SEPA). In doing so, the Court brushed aside concerns that completion of an  environmental impact statement (EIS) is years away.

In 2013, Tesoro Corporation and Savage Companies (Tesoro) announced the formation of Vancouver Energy. Vancouver Energy proposes to build and operate an oil terminal on Port property along the Columbia River. The proposed terminal will receive crude oil by rail. Trains will haul up to 120 tank cars, each of which holds 750 barrels of crude oil. An average of four trains will arrive at the terminal each day. Thus, 131.4 million barrels of oil will be delivered annual. The oil will be stored at the terminal, then shipped by marine vessels to West Coast oil refineries.

PORT AND TESORO ENTER INTO LEASE

Shortly after Tesoro announced the project, it leased 42 acres of Port property. The lease runs about 60 pages, with several hundred pages of exhibits. Importantly, it includes a comprehensive description of the facility. And it requires the parties to work diligently and in good faith to finalize the plans. The Port and Tesoro must mutually approve the final specifications and designs.

Under the lease, Tesoro must obtain all required licenses, permits and approvals, including approval by the Energy Facility Site Evaluation Council (EFSEC). This is the one-stop state agency for review of proposed major energy facilities. On August 29, 2013, Tesoro submitted its application to EFSEC. EFSEC then began work on an EIS that includes an evaluation of reasonable alternatives to the proposal. In November 2015, EFSEC released a draft EIS for public comment. A final EIS has not yet been issued.

SEPA regulations require that until a final EIS is issued, “no action concerning the proposal shall be taken by a governmental agency that would … [l]imit the choice of reasonable alternatives.” WAC 197-11-070. Columbia Riverkeeper and other environmental groups brought suit against the Port of Vancouver. They claim that the Port violated this requirement by entering into a detailed lease before completing the final EIS. The case made its way to the Washington Supreme Court, which issued its decision on March 16, 2017.

The Court split 5 to 4. The majority opinion, authored by Chief Justice Mary E. Fairhurst, holds that the Port is subject to SEPA’s requirement not to prematurely limit the choice of reasonable alternatives, but that the lease does not have this forbidden effect. Columbia Riverkeeper v. Port of Vancouver USA, 188 Wn.2d 80, 392 P.3d 1025 (2017).

There are two points on which all justices agreed. First, the Court said that WAC 197-11-070 “applies to any (1) ‘governmental agency’ (2) capable of taking ‘action’ (3) ‘[l]imit[ing] the choice of reasonable alternatives.’ An ‘agency’ is defined as ‘any state or local governmental body … authorized to … take the actions ….’ The Port is an agency for these purposes. Further, neither party disputes that by entering into the lease agreement with Tesoro, the Port took action.” 188 Wn.2d at 96-97, 392 P.3d at 1032-33 (citations omitted).

Second, Court recognized that the Port’s SEPA responsibilities are independent of those of EFSEC, stating: “While EFSEC and the governor unquestionably have broad discretion over the energy facility siting process, the Port alone has plenary authority to determine whether to lease public property under its control. This decision is independently subject to SEPA and must await the lead agency’s analysis of environmental impacts and reasonable alternatives.” 188 Wn.2d at 100, 392 P.3d at 1034 (citations omitted).

But agreement ended there.

The lease precludes occupancy or development of the property until the following condition precedent has been satisfied: Tesoro has obtained “all necessary licenses, permits and approvals … for the Permitted Use,” which necessarily includes EFSEC certification. … If the condition precedent is not satisfied, either party may terminate the lease. The Port also retains the authority, in conjunction with Tesoro, to “approve … construction plans, specifications and designs … for the development, construction, and operation of the Facility.”

DISSENTERS HAVE THE BETTER ARGUMENT

Four justices dissented in an opinion authored by Justice Debra L. Stephens. First, the dissenters noted that “SEPA mandates that governmental agencies be informed of the likely environmental consequences of their decisions before making them.” 188 Wn.2d at 104, 392 P.3d at 1036 (Stephens, J., dissenting). “In practical terms, the whole series of project variables—including design specifications, site location, land reclamation and closure requirements, mitigation measures, etc.—must remain variables until the EIS is complete. Before that time, if a project agency acts to eliminate one or more reasonable alternatives in any of these categories, it violates SEPA.” 188 Wn.2d at 107, 392 P.3d at 1038 (emphasis in original) (Stephens, J., dissenting).

DISSENT BELIEVES THAT THE PORT’S HANDS ARE TIED

Next, although the majority believe the lease is flexible, dissenters saw binding commitments:

By signing the lease, the Port committed itself to “work diligently and in good faith” to bring about the version of the project articulated therein. … Where the lease provides a framework, any reasonable alternatives inconsistent with that framework are precluded. … Where the lease is most specific — specifying the number and capacity of storage tanks, requiring Tesoro to carry exactly $25 million in pollution insurance, etc. — it eliminates all relevant reasonable alternatives.

Finally, as for the majority’s reliance on EFSEC’s consideration of environmental effects, the dissent stated: “[T]he fact that EFSEC will conduct a SEPA review before recommending whether to certify the Tesoro project has no bearing on whether the Port violated its SEPA obligations by taking an action that limits the Port’s alternatives before the EIS issued. … Each responsible agency must meet its own obligations.” 188 Wn.2d at 111, 392 P.3d at 1039 (internal quotation marks omitted)(Stephens, J., dissenting).

“Furthermore,” noted the dissent, “the majority’s implicit conclusion — that the Port’s actions limiting reasonable alternatives were harmless so long as the final decision to certify or reject the proposal complies with SEPA — fundamentally misinterprets the statutory scheme. SEPA is not solely concerned with the final decision to approve or reject a proposal. Instead, its core mandate is triggered earlier in the project life cycle. SEPA requires government agencies to consider environmental impacts throughout the decisionmaking process.” 188 Wn.2d at 111, 392 P.3d at 1039-40 (internal quotation marks omitted) (emphasis in original)(Stephens, J., dissenting).

From this lawyer’s perspective, the dissent has the better argument. The majority comes dangerously close to saying that only the lead agency must not foreclose reasonable alternatives. Apparently, they are confident that the Port may insist on significant design and operational changes based on EFSEC’s final EIS.  But that remains an open question.

The post Port of Vancouver crude-by-rail oil terminal lease complies with SEPA even though it was issued years before EIS appeared first on The Gillett Law Firm.